Leipzig and Atlanta: Two Centers of the South 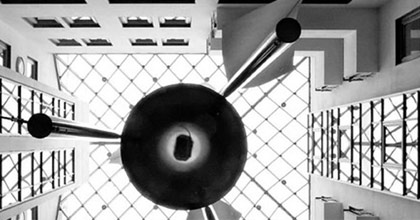 I am a native of Atlanta and and active member of the International Business Community, I’m now proud to make my new home in Leipzig. From that perspective, I thought it important to provide an overview for other Atlanta residents. Leipzig has a long proud history of over 1000 years, and while the city avoided heavy destruction from the bombing of both World Wars, it faced severe neglect in the late 1980s. However, like Atlanta, the past 25 years have seen Leipzig rising again as a vibrant center of trade, business, culture and advanced study and research.Just as Atlanta was home to debate around race relations that changed the country with the leadership of Martin Luther King Jr., Leipzig has long participated in new ideas and promoted radical changes of thought. As the center of the publishing industry, Leipzig was the location of printing most of the teaches of Martin Luther during the German Reformation. This tradition continued by the start of the Monday Demonstrations debates during the DDR about changes to the government as better representation of the citizens’ interests.

Today Leipzig is home to major manufacturing plants of every German automobile company, including Porsche which is now a big player and contributor to the economy in Atlanta where residents can see the test track from the Interstate. Both Leipzig and Atlanta also share the role of being the major center of commerce, trade and logistics in Saxony and Georgia respectively. The Leipzig-Halle airport traffics the second highest volume of freight of any airport in Germany, second only to Cologne-Bonn, connecting directly to road and rail logistics chain. Handling nearly one million tons of cargo in 2015, Leipzig is one of the 10 busiest Cargo airports in Europe and was ranked the third best Cargo airport in the world in 2016. Historically, Leipzig began as a crossroads of trade in the Roman empire, just as Atlanta was situated at the transportation hub of rail-lines, so this historical focal point goes back in common in both cities’ beginnings.

I moved to Leipzig after building relationships with the foreign investment office here because of the developing startup sector, and thriving economic growth of the region, prime to continue to attract additional international business. Additionally, the quality of life is extremely high, even among German cities, and variety of growing cultural activities. Living in Leipzig attracts many from all over Germany and Europe because of the high quality of life, just as Atlanta has been attracting professionals to relocate for several decades. Leipzig and Atlanta have very strong cultural and performing arts priorities, both featuring world class Opera, Ballet and Orchestra companies. The Gewandhaus and Operahaus sit at the center of Leipzig on Augustus Platz in the Innenstadt. Atlanta and Leipzig are also both home to world renowned boys choirs. The Leipzig boys choir of St. Thomas Church has a history dating back 800 years to it’s beginning in 1212.

In addition, Atlanta is known for it’s commitment to maintaining its beautiful tree canopy as it develops into a major national urban center. Leipzig is also covered in beautiful city parks and forest areas throughout the city. The name Leipzig even originated from the Slavic word describing the high density of lime trees in its earliest history. This gives both cities beautiful natural cityscapes for residents to enjoy leisure time outside. Perhaps this contributes to the ability of Atlanta to attract the Olympic Games in 1996, and has positioned Leipzig as well as a major city which contributes high levels of athletes to the German Olympic teams. In 1996, over 15 athletes representing Germany, about 10%, came from Leipzig to be hosted in Atlanta.

The population within the city of Atlanta limits, around 500,000 is about the same level as Leipzig. As Atlanta continues to thrive and see big economic growth from international business, particularly from German companies such as Porsche, opportunities increase to develop many connections based on much common ground with Leipzig. I look forward as these similarities continue to grow.